What do we stand for?

Cultural Lights seeks to build bridges between cultures and people. Our experts offer intercultural knowledge and practice-related experience in the form of consultations, coaching, seminars, and training. 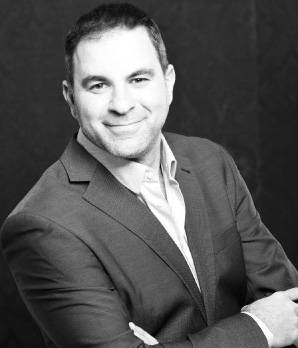 “If you want to build a ship, do not ask people to find wood, prepare tools or assign tasks to make work easier. Instead, inspire people’s longing for the wide, endless sea.”

Abdulhamid Douedari studied Law at the Beirut Arab University in Lebanon and Aleppo University in Syria. Thereafter, he worked as a lawyer and a building contractor in Syria. In 2014, he founded the placement agency “German-Medservice” which arranges the placement of foreign students and patients in Germany. Mr. Douedari worked as a self-employed entrepreneur and was involved in a variety of areas of international trade, particularly in Arabic countries. Since 2016, he has worked in intercultural communication and integration as a freelance lecturer and coach for educational institutions and various companies and corporations. This work ranges from youth and adult qualifications, coaching for managers, presentations on communication and motivational training such as further education of lecturers. Through Cultural Lights, Mr. Douedari founded a certified company dedicated to education focused on integration. Mr. Douedari works as a lecturer and trainer offering courses in Motivation and Integration in German and Arabic. 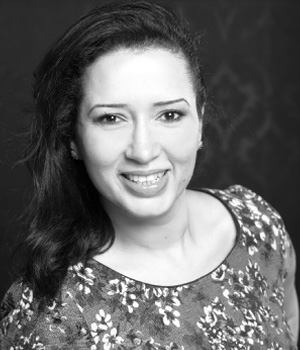 “Problems cannot be solved with the same mindset that created them”

Hedi Blödorn completed her Bachelor’s degree in Egyptology at the Helwan University in Cairo. Mrs. Blödorn studied a diploma in Political Analysis at the Institute for Political Analysis in Berlin and a Master’s in Islamic Studies, specialising in Radicalisation and De-radicalisation, at the Free University in Berlin. She has since been a coach, translator and lecturer for Integration, Communication and Motivation, among other things, for the German Red Cross, a lecturer for Social Competence at the Free University in Berlin in the Comparative Culture Psychology Department, volunteered as a lecturer for Communication, Politics and Integration and has been active nationwide in various national and private companies and corporations. On behalf of the senates of Berlin, Mrs. Blödorn was the chair of the Arabic division of the “My way to live” project from 2016-2019. Now she is a freelance trainer and lecturer, giving courses and lectures on Motivation, Political Analysis and Integration Strategies in German, English and Arabic. She also speaks English and French. 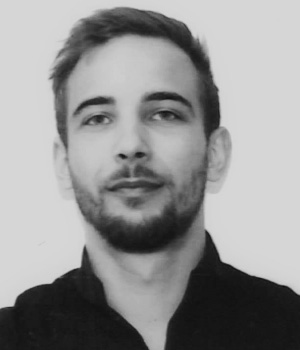 Julius Werthmann studied Sociology, Ergonomics and Psychology at the TU in Berlin. Among other things, he worked as a team leader and communications trainer in Dialogue Marketing. During his studies, he worked for the German Society for International Cooperation at the Council for Sustainable Development. Julius Werthmann volunteered as a trainer in youth work and is committed to the plight of refugees. He is responsible for project coordination and administration for Cultural Lights. 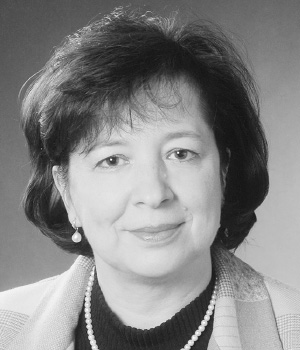 Sabine Balow graduated with a diploma from the Bauhaus University in Weimar. Primarily she worked at the building academy in Berlin and later as a senior site manager nationwide and in Scandinavia. Since 2010, she has worked as a freelance German teacher for French language students. She supports the annual children’s chess Abrafaxe tournament as a volunteer. As well as her mother tongue, she speaks English. Mrs. Balow works as an office and project coordinator for Cultural Lights. 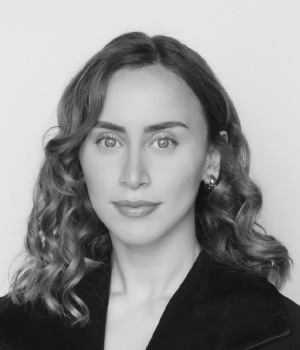 After Lana Ayashi completed her high school diploma at the International Education School in Riad, Saudi Arabia, she graduated with a Bachelor of Arts from the University of Passau. She became an intern accompanying German business delegates working in media and communication in various Arabic countries. In addition to her mother tongue, Arabic, she speaks English and German. She is responsible for social media for Cultural Lights. 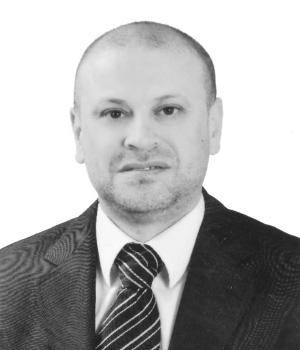 Majdeddin Asfari studied Law at the University of Aleppo and thereafter worked as a banker and branch manager for the Industry Bank, the Banque Bemo Saudi Fransi and the Qatar National Bank in Idlib. As well as Arabic, he speaks English, Turkish and German and offers integration courses in German and Arabic for Cultural Lights. 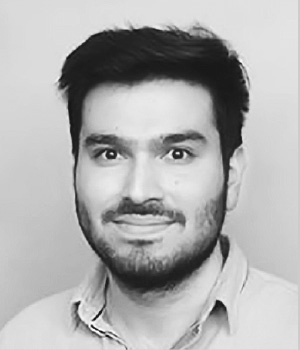 Amjad Alahmad Alismaeil studied at the Al-Furat University in Deir ez-Zor, Syria, and graduated with a Bachelor’s degree in Petroleum Engineering. In his home country, he volunteered at the Red Half-Moon Organisation in Deir ez-Zor. In addition to his mother tongue, Arabic, Mr. Alismaeil speaks English and German. He works as a lecturer and offers integration courses for Cultural Lights. 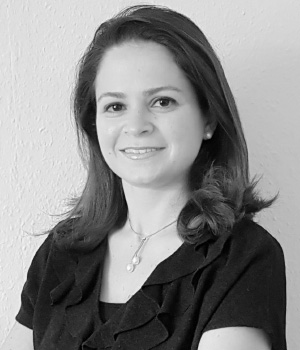 Tamara Duedari studied English Literature at Aleppo University and has since worked as an interpreter and English teacher in Syria and Germany. She is also an artist and works voluntarily for women and children. In addition to her mother tongue of Arabic, she speaks fluent English and German, and has a basic knowledge of French. She works as a freelance lecturer for Cultural Lights and offers integration courses in German and Arabic. 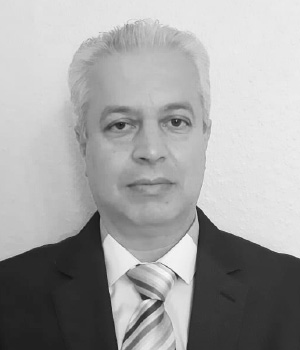 Dr. Mustafa Moalem studied Agricultural Engineering at Aleppo University and wrote his university dissertation on the topic of “The Health Benefits of Olive Oil”. He completed his Master’s in Olive Technology at Cordoba University, where he also received his doctorate in Nutritional Science in 2007. Until 2015 he worked as a professor of research in agricultural science at Aleppo University. Since then, he was worked as a lead researcher, a language teacher and as part of various research projects on olives, olive oil and health. Dr. Moalem speaks fluent Arabic, Spanish, English and German and is a freelance lecturer teaching in German and Arabic for Cultural Lights. 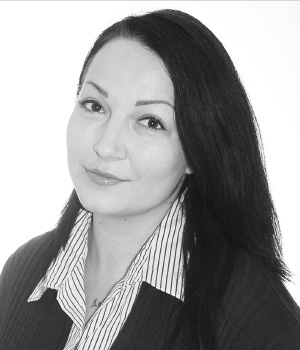 Miloslava Sveshtarska studied Politics, Society, Economics and Media Studies at Ruhr University in Bochum, and graduated with a Master of Arts in Eastern European Studies with a focus on Law. Since 2013, she has worked in education, politics, integration in the labour market and workers’ rights. Currently she works as a lecturer, consultant and coach. Ms. Sveshtarska works as a freelance lecturer in German and Bulgarian for Cultural Lights. She also speaks fluent English, Russian and Macedonian. 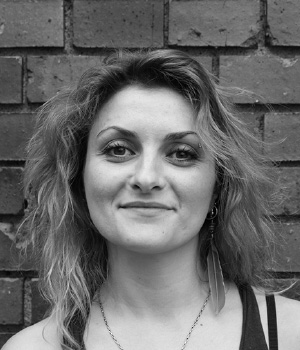 Daniela Hurgin-Lungeanu studied Theatre Art at the National University for Theatre and Film I.L. Caragiale and completed her Master’s diploma as a Director of Puppet and Marionet Performance. Since then she has worked as a freelance director, actress and puppeteer in various theatres and productions in Germany and Romania. As well as her mother tongue of Romanian, Ms. Hurgin-Lungeanu speaks fluent English, German and Spanish and has a basic knowledge of Italian and French. She works as a freelance lecturer in German and Romanian for Cultural Lights. 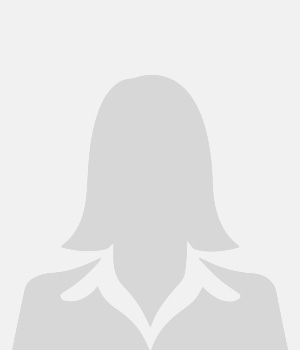 Salma Hamed is a political and Islamic scholar and has experience with the implementation of integration measures for refugees and people with a migration background. Her priorities lie in intercultural communication and preparation for the job market. Ms. Hamed completed her Bachelor’s degree in Political Science at Cairo University and her Master’s in Islamic Studies at the Free University of Berlin. She speaks Arabic, German and English and is currently a freelance lecturer and trainer working throughout Germany. She teaches in German and Arabic for Cultural Lights. 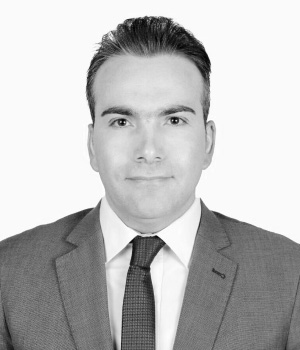 Mr. Bassel Neyazi is an internationally experienced legal expert with many years of experience in diplomatic service. He studied Law at Aleppo University and European Law at Leibniz University in Hannover. For many years, he has worked as a consul, diplomat and reporter on legal issues in Iran, Syria and France. As well his mother tongue of Arabic, Mr. Neyazi speaks German, English, French and Farsi. He works as a freelance lecturer for Cultural Lights, offering integration courses in German and Arabic. 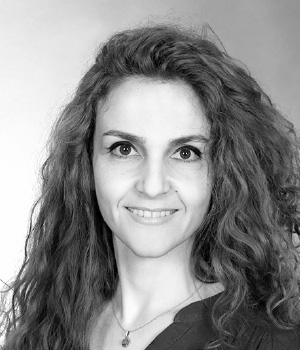 Dima Nassar completed a Bachelor’s degree in Agricultural Engineering at Damascus University in Syria. She then successfully completed her degree at the Institute for Social and Economic Planning of the State Corporation for Planning and International Cooperation ESPI in Damascus, Syria. Dima Nassar volunteered at the Association of Friends of the Environment Organisation and the “Tempelhofer Berg”. As well her mother tongue of Arabic, she speaks German and English. She works as a freelance lecturer for Cultural Lights and offers integration courses in German and Arabic. 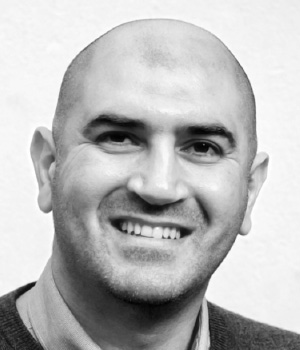 Dr. Adnan Al Halbouni studied at the Medical-Technical Institute in Damascus and thereafter worked as a mobile vet and researcher in Hama, Syria, as well as the project manager for the Association of Productive Projects and a branch manager at Al-Amin Vet.med. Medicines in Syria. In Germany, he received his PhD in Med. Vet at the Free University in Berlin. Dr. Al Halbouni involved himself with the Sport and Culture Association e.V., Berlin. Now he works as the managing director of Consulator.eu and as lecturer/coach for the TÜV Rheinland Academy in Berlin. He also works as an interpreter for several German companies. Dr. Al Halbouni speaks Arabic, German and English. He works as a lecturer for Cultural Lights and offers integration courses in German and Arabic. 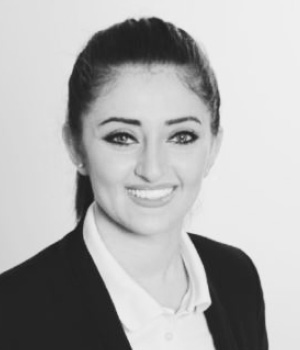 Leyla Hamurcu studied Spanish and Oriental Studies at Ruhr University in Bochum and is currently completing her Master’s degree in Islamic studies at the Free University in Berlin. Ms. Hamurcu has worked as an interpreter and speaks fluent German, Turkish, Arabic and English. She also speaks Spanish and formal Arabic. She works as a freelance lecturer in German, Turkish and Arabic for Cultural Lights. 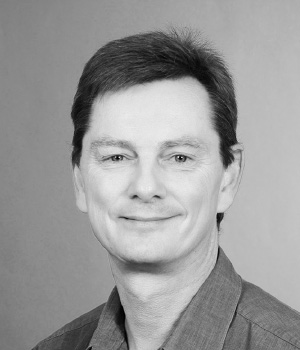 As a trained international logistics merchant, Mr. Rauh acquired intercultural experience from early in his career, which he was able to use in his second trade as an independent WKSB insulator and international construction manager. After completing an IHK exam, Mr. Rauh has worked as a freelance lecturer for Basic Skills and Integration for several certified educational institutes and as a manager at the ib-Internationalen Bund in Freiburg since 2017. As a candidate for the Academy of Potential Development and a freelance coach in application training, communication and embodiment, he lectures in German for Cultural Lights. 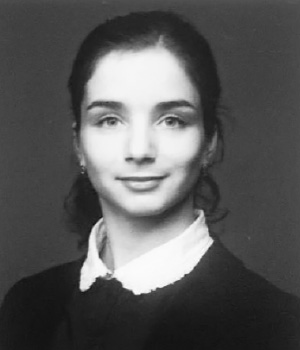 Phoebe Devi Grote completed a Bachelor’s degree in Philosophy, VWL and Politics as well as History and Cultural Studies with a focus on Iranian Studies at the Free University in Berlin. Thereafter, she completed a Master’s degree in Islamic Studies. In 2017, she received a language teacher’s certificate from the Goethe Institute in Berlin. She worked as an interpreter at the Treatment Centre for Torture Victims as well as for the Ministry of Justice, Senate Administration and Consumer Protection in Berlin. Ms. Grote offers intercultural family and youth welfare for refugees. In addition to her mother tongue of German, she speaks fluent Farsi, English and Tajik. Ms. Grote offers integration courses in Farsi as a freelance lecturer for Cultural Lights. 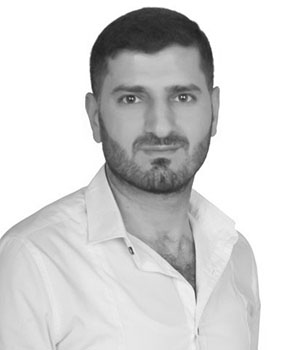 Shadi Al Maslamani studied Law at Damascus University and completed his Master of Law in the field of European Law at Leibniz University in Hannover. The main priority of his work lies in Human Rights, in particular International Humanitarian Law and International Criminal Law. The focus of his legal activity during his internships was in the areas of asylum and residence law and the procedures for seeking asylum. For numerous years he worked as a consultant, safety and security manager and operations manager for international organizations. As well as his mother tongue of Arabic, Mr. Al Maslamani speaks fluent German and conversational English. Mr. Al Maslamani works as a freelance lecturer in German and Arabic for Cultural Lights. 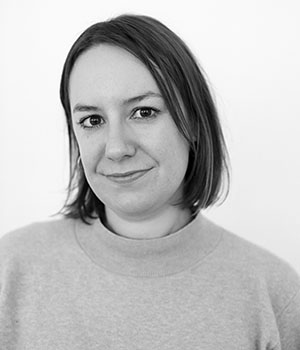 Chloe Stead studied Fine Arts at Goldsmiths University in London and the College of Fine Arts in Hamburg (HFBK). Since 2015, she has written for various magazines and publications about contemporary art. Her work focuses on a feminist perspective. Moreover, she offers seminars and workshops on art criticism and feminism at Middlesex University in London, the HFBK and the University of Arts in Berlin. She works as a freelance lecturer in German and English for Cultural Lights.

Layal Jazi studied Interior Design at the University of Fine Arts in Damascus. Thereafter she obtained a Master’s in the Conservation and Restoration of Photographed Cultural Pieces at the College of Technology and Economy in Berlin. She worked with refugee families for two years in Syria. She has also been part of various restoration projects in Syria and Germany.